Cloud Computing at the US Department of Transportation

Believe it or not, the U.S. Department of Transportation has been spending on cloud computing since Fiscal Year 2008. Cloud expenditures that year amounted to a paltry $88K, but, everyone needs to start somewhere, right? Verified cloud contract spending grew exponentially in the years afterward until it reached just shy of $19M in FY 2012. Nineteen million dollars is still peanuts in the grand scheme of things, but at least growth was heading in the right direction. Then the lean sequester years of FY 2013 and 2014 saw the department’s spending on cloud drop to between $10M and $11M. This recovered in FY 2015 with a new high of $27M and so far spending in FY 2016 looks like it will top out between $18M and $20M. 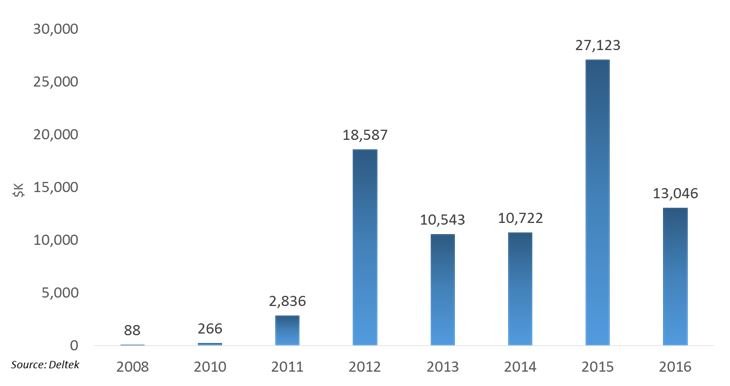 Annual spending on cloud at the DOT has thus reached an average of $16M. This is not the kind of growth that industry expected from a so-called “game changing” new technology approach that is reaching maturity. The question now is will that change. The answer is probably, but profiting from it will be a struggle for all but a few vendors. I’m speculating here, of course, but here are my reasons:

First, the DOT (including the Federal Aviation Administration) makes considerable use of commodity cloud providers Microsoft and Amazon Web Services. The department has already set up a cloud sandbox environment with both vendors to provide software development tools for DOT programs.

Second, according to department personnel, the DOT intends to move very slowly into cloud environments by selecting only certain applications to migrate. I believe many of these will be migrated to AWS or Microsoft Azure because, as one source in the Office of the Chief Technology Officer at the DOT has stated, the department will use contracts already in place.

Third, the massive FAA Cloud Services contract recently awarded to CSC will provide an additional location for applications to be migrated. The FAA intends to make heavy use of this already awarded contract for consolidating its data centers and for cloud-enabling NextGen programs as well.

Where does that leave everyone else? It leaves them competing for the occasional one-off cloud hosting contract or (potentially) for technical support services work to engineer applications for the cloud … with two exceptions. The first of these is the upcoming re-competition of the Common Operating Environment contract (#DTOS5909D00467) currently held by ActioNet. A decent amount of cloud-related work has been performed under this contract over the years. It expires at the end of FY 2019, meaning the competition for a follow-on should begin toward the end of FY 2017. The current contract was awarded as an 8(a) Set-Aside, leaving the possibility open that the follow-on will be awarded on the same basis.

The second upcoming opportunity is a big one; the Federal Highway Administration Big Data contract (GovWin IQ Opportunity Report #121938). The FHWA intends to make significant use of cloud computing for big data storage and processing. The use of a cloud approach will be enhanced by the new data strategy being implemented across the USDOT. This strategy is enforcing standards for data tagging to increase interoperability, access, and the possibilities for analysis.

Big data is expected to be an area of significant growth at Transportation over the next decade, so this probably the area where cloud service providers with the right analytical capabilities ought to focus. Just make sure your solution is FedRAMP certified.