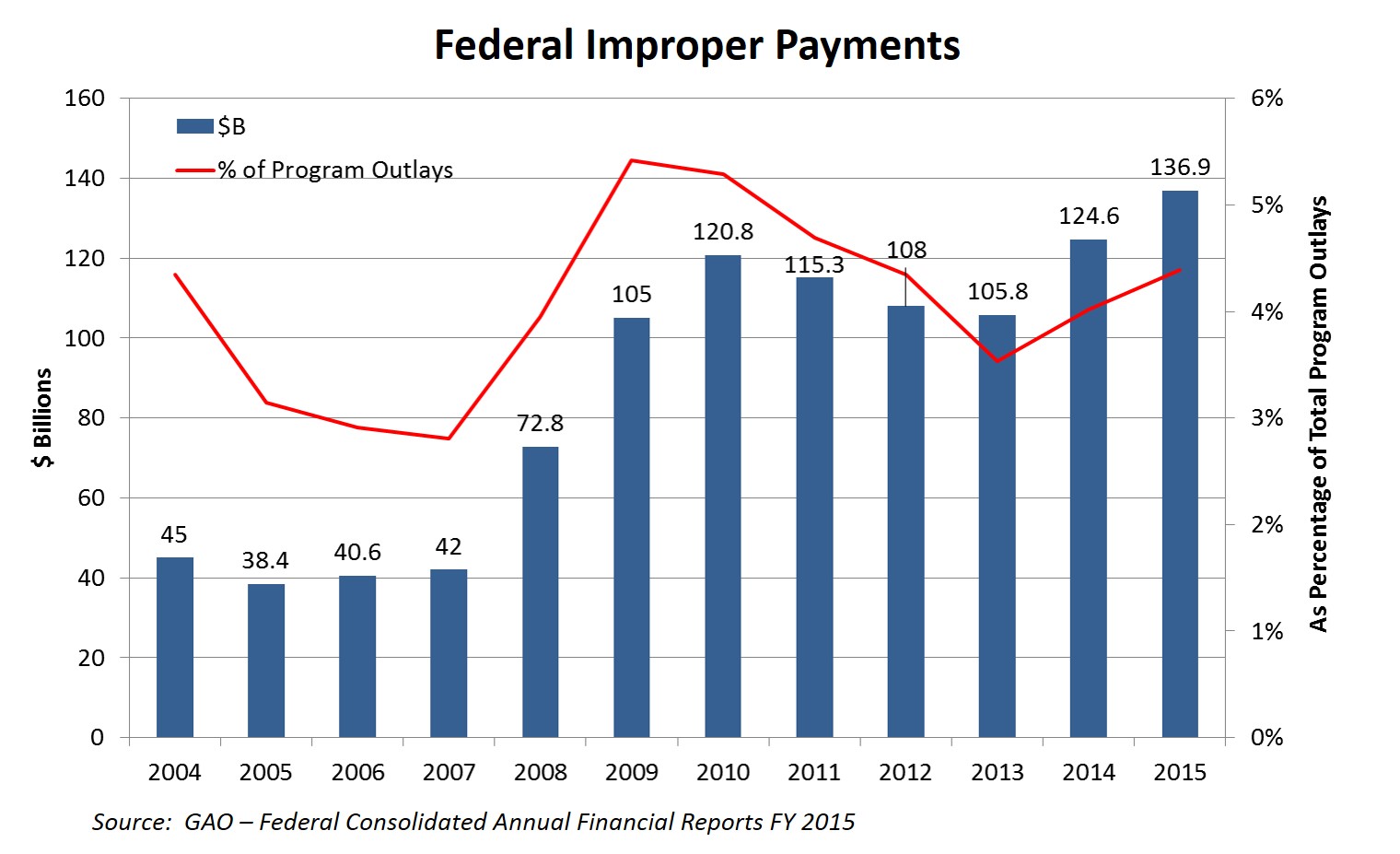 According to GAO’s annual report of federal consolidated financial statements, the Medicare Fee for Service (FFS) program continues to account for the largest portion of the government-wide improper payments total, equating to $43.3 billion in FY 2015.  However, the program is showing progress increasing program integrity and reducing improper payments.  The Medicare FFS program showed a dip in improper payment amounts and error rates in FY 2015, dropping $2.4 billion from FY 2014 and lowering error rates from 12.7% to 12.1%.

On the positive side, agencies recovered roughly $20 billion in overpayments through the payment recapture audits and other methods in FY 2015.

Agencies and the administration continue to implement and build upon initiatives to improve government efficiency, reduce improper payments, and fight fraud in federal programs.  For example in FY 2015, HHS strengthened its efforts to reduce and recover improper payments in Medicare and Medicaid by establishing an agency-wide Program Integrity Board (the Board) at CMS to identify and prioritize improper, wasteful, abusive, and potentially fraudulent payment vulnerabilities in its programs and direct corrective actions.

The government is also advancing data analytics and improved technologies to prevent improper payments before they happen. The administration established a Do Not Pay System of Records at Treasury and launched data informed insights reports for agencies to improve their payment accuracy and program integrity. OMB’s and Treasury’s combined work with agencies to implement the Do Not Pay Initiative has catalyzed agencies to improve their payment business operations, reduce improper payments, and incorporate multiple databases and analytics resources as they verify entity eligibility for awards or payments. These efforts have resulted in over $2 billion of improper payments stopped in FY 2014.