There is an argument, that regardless of where you are, there is no more proof around us that architects shape our daily lives than the structures which survive I.M. Pei. Hammond, White Plains, Madrid, New York, Washington, Augusta, New Brunswick, Paris. The list goes on. Small towns, large cities – it didn’t matter, equitable architecture was available to all.

I remember, as a teenager and later in my late twenties, the experience of the Louvre, and the wonder that I felt, almost two decades separated, viewing and experiencing this iconic structure. It was incredible that a structure was able to stir the same emotions fifteen years later, but also that, with a background in the sciences and as an engineer, that I was as emotionally stirred by a structure.

Living in Washington, D.C., I often pass and get the same wonder at one of his most famous structures – the National Gallery’s East Wing is his best-known structure in D.C. Dispensing with the neoclassicism of traditional D.C. architecture, the stark edges of the building, which can be completely missed if entering through the underground entrance, are in complete contrast to its neighbor, the West Wing of the National Gallery, designed by John Russell Pope and completed in 1937. The contemporary East Wing, completed a mere 31 years later, serves to highlight rather than dominate the site and is an impeccably maintained example of I.M. Pei’s ability to blend modern materials and mass theory while respectfully acknowledging its neighbor.

Reflecting on his work, a conversation that I had earlier this week with some architects came to mind – I.M. Pei is indicative of a generation where we knew the architect over the firm, and that dichotomy is changing to favor the firm over the individual.

Mies van der Rohe, Le Cobusier, Frank Lloyd Wright, Frank Gehry, Zaha Hadid, Ai Weiwei, Maya Lin, Philip Johnson, Norman Foster, Moshe Safdie, Eero Saarinen – these are all names of architects that formed and shaped the built environment that we live in today. Their eponymous firms or practices take or took a singular vision and translated it into a structure that formed part of many people’s everyday lives.

It’s more likely than not that the built environment we experience on a daily basis is more of a collaborative effort than has been the case in the past, and that we may know the firms over the individual designer. But the projects that are being designed today are, in some respects, grander and more ambitious in scale, and require the efforts of many to fulfill what still may be a singular vision.

In many respects, that elevates the contributions of the above-named architects, and talks to the creativity of the current generation of architects, who are consistently challenged to create innovative, creative, pleasing, and useful structures within a strict budget, under a deadline, and often with new or innovative building materials. All things that I.M. Pei would approve of. 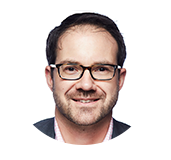 As VP of Business Development, Michael Heinsdorf works within Deltek’s Product Alliances team to build relationships, with a focus on Architecture, Engineering, and Construction, that offer best-in-class and unique functionality or enablement within the Deltek product family. Michael came to Deltek through the acquisition of Avitru and works closely with the American Institute of Architects and their MasterSpec product, for whom Deltek is the exclusive developer.