How to Make Your Implementation Great

Posted by Linda Dininger on December 2, 2019

Implementing a new system doesn’t happen overnight. It is no secret that architects and engineers don’t like change. During this year’s Deltek Insight User Conference, we heard from several customers who shared their tips and tricks for creating that organizational change that is vital to gain the most impact out of Deltek PIM. Each company implemented the solution at a different pace, but the overall strategy remained consistent across the board.

What was your experience with the move to Deltek PIM?

Brad Bowman: Our implementation was fast, 2.5 months in total. There was some resistance at the start, but we overcame that by explaining the benefits of PIM and what we were trying to accomplish with it.  We had buy-in from the CEO and down, which helped a lot.

Tim Morgan: We initially had a system that fit us like a glove. But that glove became heavy and unwieldy as time went on, so we had to move. Deltek PIM is flexible and we can choose how to use it.

>Bernie Hall: I recommend you resource the project in a similar way you resource any project. Plan it as a project, assigning time and resources. Take it seriously from the beginning and involve the right people.

How relevant is the use of technology to actually create the AEC productivity gain?

Rachel Tilleyshort: The industry is subjected to an increased amount of risk management in the last few years. We’re under a lot of pressure to be accountable for our decisions. Deltek PIM documents those decisions and creates an audit trail of who has read what along the way.

Brad Bowman: I think it’s fairly obvious in the financial performance since we’ve implemented the changes. Utilization rates went up, as did our multiplier (more than a 10% increase in both numbers). There’s a positive impact allowing our employees to focus on what they’re really good at vs. spending time finding the info they need. We have standardized a lot of things and leveraged the template capability, which standardized the project documents created across all offices.

Tim Morgan: Sometimes, you don’t know what’s going to be important later on. With Deltek PIM, there’s peace of mind that everything is captured in the system. So when you need to reference an email from three years ago, you know it’s there.

Deltek PIM is as much about cultural change as it is new tech. What would be your top tips for the change management?

Rachel Tilleyshort: It was important for our staff to embrace the change and that they would feel supported and that their opinions would be heard along the way. At every step, we involved everyone. And because we have only 25 employees, we were able to customize the training per person based on their learning styles and personalities. We encourage people to raise their hands when they can’t do something. We have created this culture around asking questions, making it an opportunity around to speak up about their struggles.

Brad Bowman: We brought in people who would be the most resistant to change, inviting them to be involved in the implementation process and provide input.  Those people are now some of our biggest advocates of Deltek PIM.

Tim Morgan: Everyone felt the pain of the old system’s capacity to grow and all understood the need to change with Deltek PIM. We just had to learn the new steps to accomplish our goals. True acceptance came once everyone begun using it and truly understood why this was the better way.

Bernie Hall: Cultural change needs to be carefully considered. We need to understand that there are different types of people working in the business, different personalities, different generations. Put yourself in their shoes. Would they be scared? Would they be excited? Would they want to be involved? Explain that you’re not simply trying to keep up with the latest tech trend. Make sure you’re clear why you’re making this investment.


How CDG Engineers & Associates Built a Culture around Information Management

How do you respond to with executives who aren’t using the system?

Rachel Tilleyshort: We struggled the most with two particular directors. It was a combination of “I don’t have time and I’m busy; I’ll get to it later” and “this is my habit and it’s difficult to change.” To help them be a bit more engaged, I discovered the one thing that annoyed them the most and found a way that Deltek PIM could help make it easier for them.

Brad Bowman: We had a few users that were reluctant to adopt. Over time, they got pushed into it by the project managers (PM). The PMs drove adoption because they realized the benefits right away and how it makes their lives easier. They began instituting practices of only accepting links from Deltek PIM documents that needed to be reviewed. At the end of the day, we have about a 98% positive adoption rate. If we were to ask our employees if they would go back to the old way of doing things, they’d say “no.”

Bernie Hall: For those executives who aren’t positive about Deltek PIM, don’t use it or are generally negative, look below the surface and understand why.  One client had asked us to come and sit with their directors to better understand why the system wasn’t being used over the last two years. After some investigative work, we found the company was split in half: poor usage and good usage. The poor usage half fell under two directors who weren’t using it and that trickled down to their teams. The other directors didn’t realize that nugget of information, so it helped them understand the issue. Some internal conversations and decisions needed to take place.

What would you do differently during your Deltek PIM journey?

Brad Bowman: The most contentious part of the whole implementation process was our initial approach to creating a set of document pools for each of our eight practices/disciplines. We were strongly discouraged by our implementation team to do that. We listened to their advice, but still through about it too granularly. We ended up making the structure more generic and relied on standardizing the naming of documents to help make the search process more efficient.

Rachel Tilleyshort: We listened to Bernie, so everything worked out beautifully well! 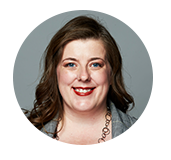 Linda Dininger spent over 20 years creating marketing content for architecture, engineering and construction firms. She also is a former Deltek Vision user and has implemented a CRM solution that transformed the way the business development group managed their contacts and pipeline. Now in product marketing for Deltek Project Information Management (PIM), Linda combines her knowledge of the AEC industry with the power that proactive information management can provide companies. Connect with Linda on LinkedIn.