Cracking the Code on Gender Diversity in Consulting

The business case for gender diversity in consulting has been well-established. Over the last 3-5 years there have been countless empirical studies on the topic published by consulting firms like The Boston Consulting Group (BCG), McKinsey, and PricewaterhouseCoopers (PwC), along with think tanks like LeanIn.Org. The consulting industry as a whole has accepted that gender diversity is not just the right thing to do; it’s a business imperative. The correlation between greater representation of women in leadership and positive business outcomes has been well-documented. For example,

In response to these research findings, there has been a proliferation of gender diversity programs across all industries, including consulting. And yet women in consulting continue to be underrepresented among firm partners and board members, plagued by conscious and unconscious bias, and often ‘disappear’ from consulting mid-way through their careers. We simply have yet to crack the code on improving gender diversity in this male-dominated industry.

Why Are Current Gender Diversity Programs Missing the Mark?

Gender diversity programs in consulting are not the only ones missing the mark. The 2017 Women in the Workplace Study found that while 91% of companies have invested in gender diversity programs only 27% of women report benefitting from them. According to a study launched by McKinsey in 2016, Women Matter: Reinventing the Workplace to Unlock the Potential of Gender Diversity, only 40% of respondents reported “well implemented” gender diversity programs where ‘well implemented’ was defined as; having clear follow-up processes in place, regular assessments, and an effectiveness evaluation process at various levels of the organization. In fact, of the 2,200 employees surveyed, over 88% said they did not believe their company was doing what it takes to improve gender diversity. In addition, 62% of them complained they had no idea how to contribute to gender diversity. These are disappointing findings to say the least.

In response to these findings and others, BCG launched a study in 2017, Proven Measures and Hidden Gems for Improving Gender Diversity, which examined the effectiveness of all gender diversity programs currently implemented in the US. Researchers identified six ‘hidden gem’ initiatives that were highly valued by women and reportedly achieved results, including:

While these are all important, ‘must-have’ initiatives to include in any consulting firm’s successful gender diversity program, one of them stands out from the rest. And it just may be the key to cracking the code on gender diversity: Involving Men.


Gender Diversity in Consulting: It’s Not Just a Women’s Issue

We Can’t Get There Without Them: Involving Men as Gender Diversity Champions

‘Many men don’t fully grasp the barriers that hold women back at work. As a result, they are less committed to gender diversity, and we can’t get there without them.”  (Source: 2017 Women in the Workplace Study)

According to  the BCG ground-breaking study, 5 Ways Men Can Improve Gender Diversity at Work, Senior Partner, Matthew Krenz and his team at BCG, found that among companies where men are actively involved in gender diversity initiatives, 96% reported progress on their gender diversity initiatives as compared to only 30% among companies where men are not actively involved. But what does it mean to be ‘actively involved’? What exactly can men do to bring about true, lasting change within the consulting industry? In a recent TSIA webinar, "Gender Diversity in Consulting: It’s Not Just A Woman’s Issue"  Krenz outlined five recommendations:

After conducting this ground-breaking research, Krenz and his team at BCG decided to put their findings to the test. They implemented their own gender diversity program in North America called ‘Apprenticeship in Action’ which emphasized the vital role men play in driving gender diversity. The results have been outstanding. Female promotion rates have increased across all cohorts—with a 22% rise among senior managers—while attrition of senior women has slowed by five percentage points and is now on par with that of men – all because of this program.

Watch this video to learn more about what your firm can do right now to drive greater gender diversity within your own consulting firm. 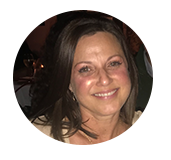 Angela Goldberg is the Director of Marketing for Deltek, Inc., a leading provider of project-based solutions to the professional services markets. Ms. Goldberg has more than 20 years of marketing experience, serving in various roles at consulting firms, including Boston Consulting Group and PwC.