The Section 179 election provides A/E firms with an excellent tax planning opportunity to consider as year-end approaches. The election, which permits firms to completely expense the cost of qualifying fixed asset additions in the tax year in which they are purchased and placed in service, results in a dollar-for-dollar deduction against taxable income, subject to the taxable income limitation discussed below. Importantly, this expensing election may be taken whether the assets have been fully paid for by the end of the year or acquired with financing, thereby ensuring that the deduction from taxable income is received at least as fast as the cash outflow occurs, rather than being taken over the assets’ useful lives.

While the election to expense the cost of qualifying property under Internal Revenue Code (IRC) Section 179 isn’t a new concept, recent changes enacted under the Tax Cuts and Jobs Act (TCJA) , which was enacted on December 22, 2017, make Section 179 even more attractive as a tax planning opportunity for architectural and engineering firms for the 2018 tax year.

Prior to enactment of the TCJA, the cost of qualifying property was eligible for expensing under IRC Section 179 for purchases during the 2017 tax year in an amount up to $510,000. The maximum expensing election was reduced, but not below zero, for qualifying property placed in service during the 2017 tax year in excess of a threshold amount of $2,030,000.

3 Reasons to Switch from your Generic Accounting System

With the enactment of the TCJA, for tax years beginning after December 31, 2017, the amount of qualifying property placed in service during the tax year that may be expensed was increased to $1,000,000, with this amount to be indexed for inflation in subsequent tax years. Similarly, the threshold at which the expensing election is phased out was increased to $2.5 million, with inflation indexing in subsequent tax years. Furthermore, the Section 179 expensing election was made permanent under the TCJA.

The Section 179 expensing election is further limited by the taxable income derived from the active conduct of all of the trades or businesses that a taxpayer engaged in during the tax year. Amounts disallowed as a result of the taxable income limitation may be carried forward to future tax years.

Under both the pre-TCJA law and the recently enacted changes, qualifying property for purposes of the Section 179 expensing election includes depreciable tangible personal property, which is purchased by a taxpayer from an unrelated party for use in the active conduct of a trade or business. To maintain the use in an active trade or business requirement and avoid “recapture” of previously deducted amounts, the asset must be used more than 50% in the taxpayer’s trade or business.

In addition, off-the-shelf software which is purchased prior to year-end is eligible for the Section 179 expensing election. Off-the-shelf software is defined for this purpose as computer software that is readily available for purchase by the general public, is subject to a nonexclusive license and has not been substantially modified.

Certain real property and vehicles are also eligible for expensing under Section 179, as discussed in the sections below.

Prior to the enactment of the TCJA, qualified property for purposes of the Section 179 expensing election included Qualified Leasehold Improvement Property, Qualified Restaurant Property and Qualified Retail Improvement Property. The TCJA compressed these three categories into what is now termed “Qualified Real Property,” which is defined as any improvement to an interior portion of a building which is nonresidential real property if such improvement is placed in service after the date the building was first placed in service. Qualified real property does not include any improvement for which the expenditure is attributable to the enlargement of the building, any elevator or escalator or the internal structural framework of the building.

Discovering Ajera - A Day in the Life of Principals

Vehicles Used in a Trade or Business

In conjunction with the expansion of the Section 179 expensing election, the Tax Cuts and Jobs Act also increased the IRC Section 168(k) bonus depreciation from the 40% deduction previously scheduled for the 2018 tax year to 100% for qualified assets placed in service after September 27, 2017 and before January 1, 2023. To qualify for bonus depreciation, property must be depreciable under IRC Section 168, with a recovery period of 20 years or less. For property placed in service after December 31, 2022 and before January 1, 2024, the bonus depreciation amount will be reduced to 80% and will continue to phase out over the following three tax years.

This article should help to illustrate some of the expanded provisions of the IRC Section 179 expensing election, as well as some of the distinguishing provisions of IRC Section 168(k) bonus depreciation to consider in your year-end tax planning activities.  Please visit our website at www.dmcpas.com for more information about the tax services we offer.  If you would like to discuss the Section 179 expensing election or any other tax matters pertaining to your A/E firm, feel free to reach out to me anytime! 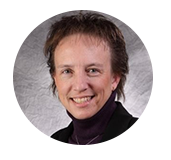 Deborah E. Finch, CPA/ABV, CVA, CDA is a tax partner with the Firm and has over thirteen years of experience in taxation and planning for individuals and closely held companies. Prior to joining Dannible & McKee, LLP, Debbie spent ten years in private industry. In addition to her work in the corporate and individual taxation and planning arena, Debbie is extensively involved in the Firm’s business valuation and litigation support practice. She works closely with Architectural/Engineering (A/E) firms and other closely held professional practices on the development of business valuation studies and structuring ownership transition plans.