Project Manager KPIs - What Are They?

Posted by Peter Taylor, The Lazy Project Manager on May 13, 2015

Project success is a confusing thing. When it comes to project ‘success’ most project managers accept that the old model of the ‘iron triangle’ (or triple constraint if you are of the PMI persuasion) is no longer completely valid, or at least it is not the complete story. The ‘iron triangle’ described what it is that constrains a project that is by ‘time’ by ‘cost’, and by ‘scope’, with a fundamental and underpinning point being that you don’t succeed by delivering low quality. Now as this is a triangle if you reduce time then you will most likely raise the cost and reduce the scope. If you extend scope you raise the cost and most likely the time stretches as well. And so on.


The New Model For Project Success


Things have progressed, as an example PMI have moved with the times with their CEO, Mark Langley, proposing that a new project management triangle is appropriate these days. Instead of the traditional points of ‘time’, of ‘cost’, and of ‘scope’, the new points of the triangle should be ‘Business Acumen’, ‘Leadership’, and ‘Technical Project Management’.

In my book ‘Real Project Management’ I suggested a new model: 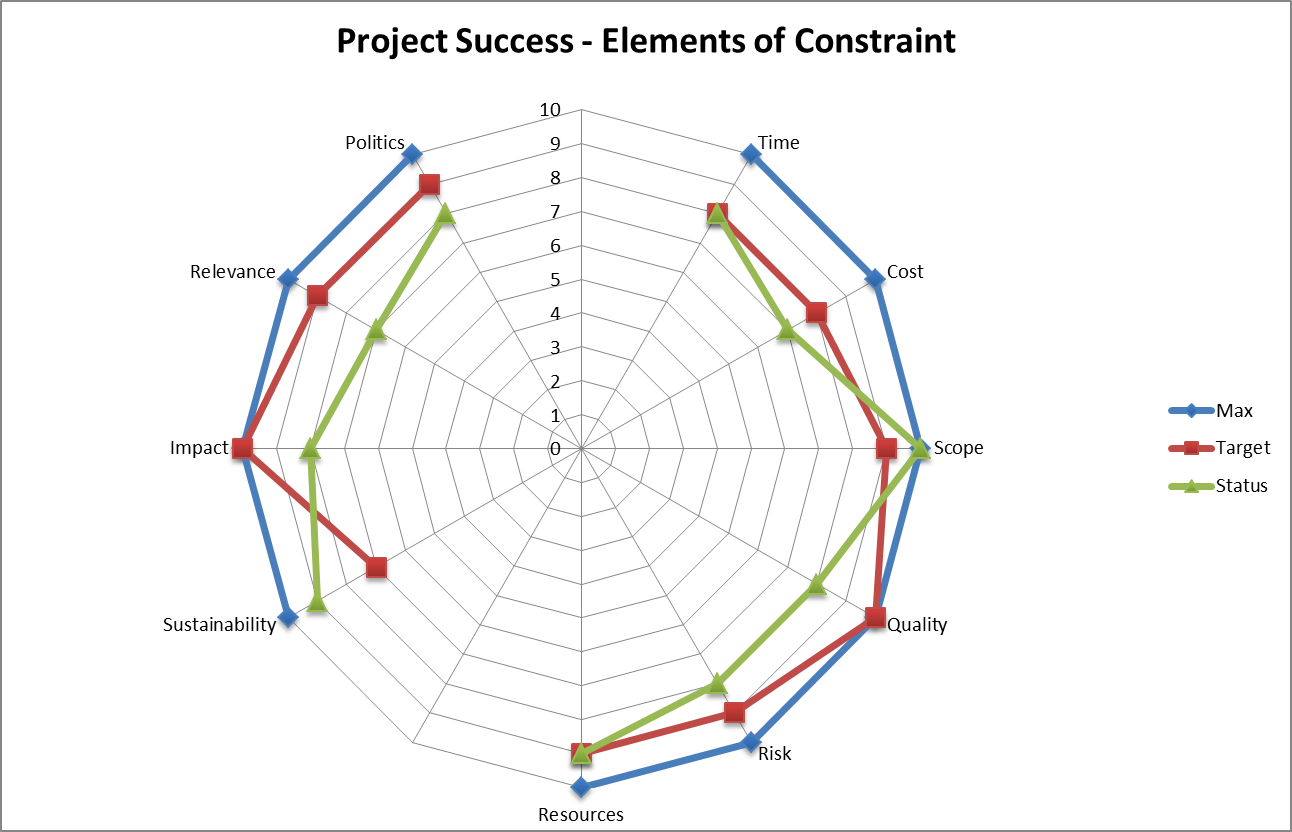 Here there is a range of ‘in-project’ elements:

A project manager can set the KPIs for each element and thereby track the status accordingly with an increased potential for overall success.

There remains the reality that a project delivered on time and to budget and to scope (and of course quality) can be seen to be as a ‘failure’ whereas a project that perhaps does not deliver as expected against these very same measurements can, in some cases, be accepted as a ‘success’ – such is the complexity of the project to customer relationship.

Most project managers don’t get this.


Tweet it out: 'Most Project Managers Don’t Know What Their KPIs Are'


What Does KPI Actually Mean?

If we think of project KPIs then such a Key Performance Indicator is about the performance of the project in delivering what the customer needs. This, you should note, is not what the customer necessarily asks for – that is a journey many project managers have to travel with their key stakeholders in order to undercover the real business requirement and therefore benefits as opposed to the ‘agreed’ scope documented in a statement of work.

The challenge with this is that for many project managers applying a KPI to just the traditional constraints is challenging enough. Trying to do so for elements such as ‘politics’, ‘relevance’ or ‘impact’ is beyond their reach, or indeed beyond what their underlying project systems can help them with. Hence, it becomes the more important that their systems do indeed support the traditional KPIs and go as far as possible in supporting those intangible elements as well, e.g. by applying sound project schedule diagnostics and risk analysis.

There is a further dimension that can be added in to this ever thickening mix and that is ‘Industry’. Knowledge of a specific industry and the drivers for that industry can be a valuable asset to a project manager attempting to divine the KPIs that drive and measure real success. Lack of that knowledge can lead to dangerous assumptions and potentially falling short of the ‘winning’ line.

It remains a tough life out there for project managers, and many continue to be surprised by the outcome of their projects - managed effectively, aligned to the right methodology, and delivered against plan – because they just don’t know the right KPIs to use.

Get to grips with KPIs for project-based businesses